OTTUMWA: On Tuesday county supervisors agreed to write a letter of support for the city's application for funding from the Better Utilizing Investments to Leverage Development (BUILD) Grant.

This is a grant program affiliated with the U.S. Department of Transportation (DOT). The city, according to a letter Mayor Tom Lazio wrote to Supervisor Jerry Parker, would like the grant to go toward the West Main Multimodal Corridor Revitalization Project. The project would cost several million dollars.

The city's goal is to integrate local and regional bus service with the "national reach of the Ottumwa Amtrak Station."

"It will further activate the Main Street corridor as a vibrant business and entertainment district as well as the Ottumwa riverfront," Lazio wrote in the letter, "creating a regional, transit-oriented district that drives economic and community activity."

If the city does get the funding, it would receive $18.8 million in grant funds for capital improvements for the station, streetscaping, city utilities, and electrical infrastructure upgrades.

residents and visitors while contributing to Ottumwa's and Southeast Iowa's economic competitiveness for family-supporting jobs, environmental sustainability, and strong quality of life."

The supervisors will write Lazio a letter of support by Monday, May 11, 2020 so that the city can meet the May 18 grant application deadline.

"I think it's a good project," Supervisor Brian Morgan said. "I don't have a problem with the letter of support."

"Yeah, I'd make the motion that we request that the chair draft and send a letter of support for the project," Parker said.

Supervisors also discussed possible action for a property in Wapello County that has been declared a nuisance for several years.

"I've written letters to them and I told them that during the winter it was still smoking," Parker added. "I didn't see any fire, but it was still smoking with snow on it, that this spring it was going to get worse when we get done with the rain. There's actually fire out there and the neighbors can't take it anymore."

Parker proposed the supervisors refer the project to the county engineer and county attorney for an answer as to what the county can do to get the nuisance abated.

the project for the replacement of Bridge 55 on 215th Avenue over Bear Creek. This is an agreement the county made between Paul Cartwright and Angella Cartwright and the county engineer. The total costs for the temporary construction easement and permanent highway easement come to $1,239.

Appointments to fill unexpired terms on the Wapello County Veterans Affairs Commission was also discussed. According to an email Terry Bradley, director of Wapello County Veterans Affairs wrote to the supervisors, three applications were looked at to select the person to fill the vacancy on the commission. James Cutsforth, Rick Hinsley and Russell Goering all applied and Hinsely was recommended for appointment to the commission. Supervisors approved of the appointment.

Chiara Romero can be reached at cromero@ottumwacourier.com.

May 7 2020
MATT MILNER • COURIER MANAGING EDITOR OTTUMWA: Council members approved an application for a federal BUILD Grant to remake the area around the historic train depot and Ballingall Park. Discussions of major projects have been tough in recent weeks as the scale of the financial hit created by the COVID-19 pandemic begin...Continue Reading 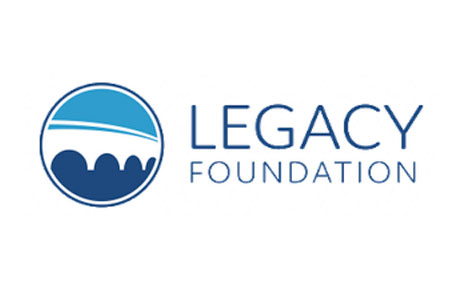 May 5 2020
(reprinted from USA TODAY   March 9, 2020 by Hannah Yasharoff)   ORLANDO, Fla. (AP) — No other age group was under-counted more during the last once-a-decade census than children under age 5, researchers say. Sesame Street is hoping to use Count von Count to change that. The Muppet best known as the Count is joining Elmo...Continue Reading